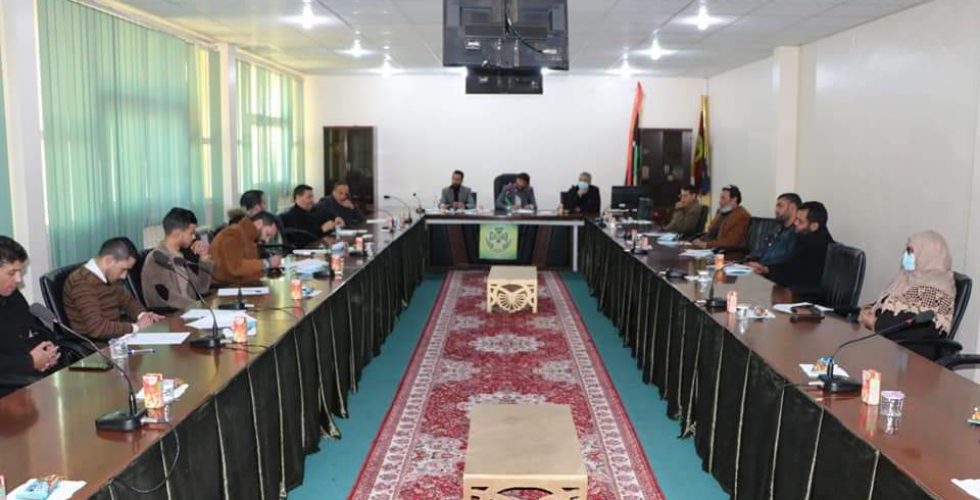 Within the framework of the preparations for the upcoming elections, Al-Marj Electoral Office of the High National Elections Commission, during the last few days, at the meeting room of Al-Marj Scout Commission, organized a dialogue session on the media and its role in the electoral process. The dialogue session was attended by some media professionals, bloggers, academics and civil society institutions in the city.

In his opening speech, the public outreach and communication coordinator,  at Al-Marj office, Mr. Mohammad Al-Hassi, confirmed that the session comes within the framework of strengthening the relationship between HNEC and the media institutions as a key partner in electoral awareness. In addition, the participants discussed the challenges faced by the media institutions in the electoral awareness role and the best ways to establish a joint database that would facilitate the communication between the two sides.

It is worth mentioning that some HNEC Electoral Offices, in some Libyan regions and cities, have organized similar sessions, among them (Al- Khoms, Tarhuna-Meselata, Zleetin, Al-Aziziyah, Al-Jabal 1, Western Coast, and Sabha) through which they discussed the most prominent problems that hinder communication between HNEC and the media and how to establish a future mechanism to address those problems. Further, they discussed the possibility to update the media representatives’ database within the geographical scope of each Electoral Office, in order to facilitate the close cooperation and communicating during the elections scheduled to take place in December 2021.

These dialogue sessions are within the framework of HNEC’s Awareness and Communication Department’s plan for the last quarter of 2020, and within HNEC’s strategy for enhancing communication and relationships, which includes meetings, seminars and workshops that would help raising the level of electoral awareness and enhancing participation during the upcoming elections.