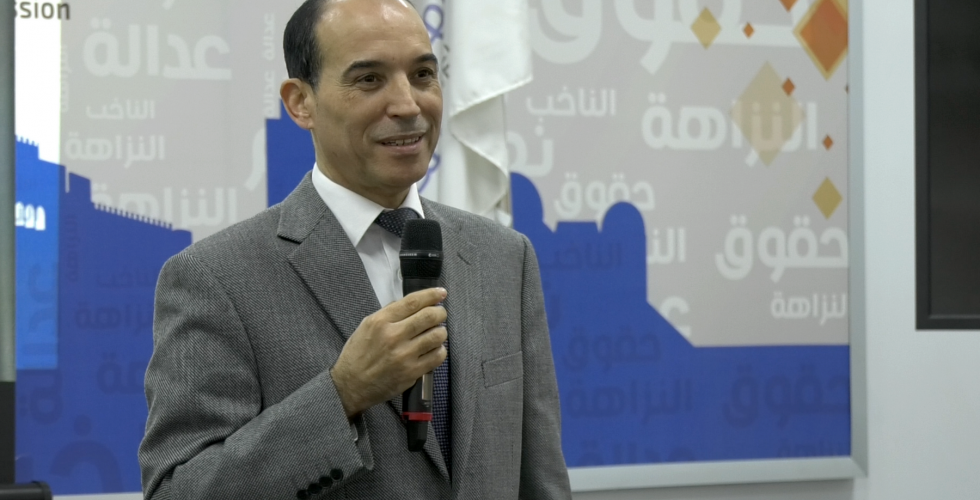 The headquarters of the High National Elections Commission witnessed on Monday and Tuesday, in the presence of the Director General, Dr. Yahya Al-Jadeed, the launch of the training activity titled “Introduction to the Stages of the Electoral Process”, supervised by the Operations Department of the HNEC in cooperation with the International Foundation for Electoral Systems (IFES).

In his opening speech, the Director General indicated that this training activity, which targets the employees of the Commission in their various specializations, comes within the framework of qualifying and capacity building of the professional workforce in preparation for the implementation of the next electoral event, and to maximize the extent of the capacity building potential that the Commission pursues to achieve in its general plan.

For his part, the Head of the Operations Department, Mr. Sadiq Al-Zakkar, explained that the two-day training activity includes several topics and presentations that cover all stages of the electoral process, in addition to a design of a simulation of the voting process.

Noting that the intended recipients of the activity, who amounted to about (90) trainees, especially (the newly- employed), will, by the end of the activity, have full knowledge of the stages of the electoral process, including the mechanisms and implementation of the Out-of-Country Voting.

It is noteworthy that the High National Elections Commission has launched a series of training activities at the level of the General Administration and Field Offices, as part of its preparations for the implementation of the next election, scheduled for 24th December, 2021.