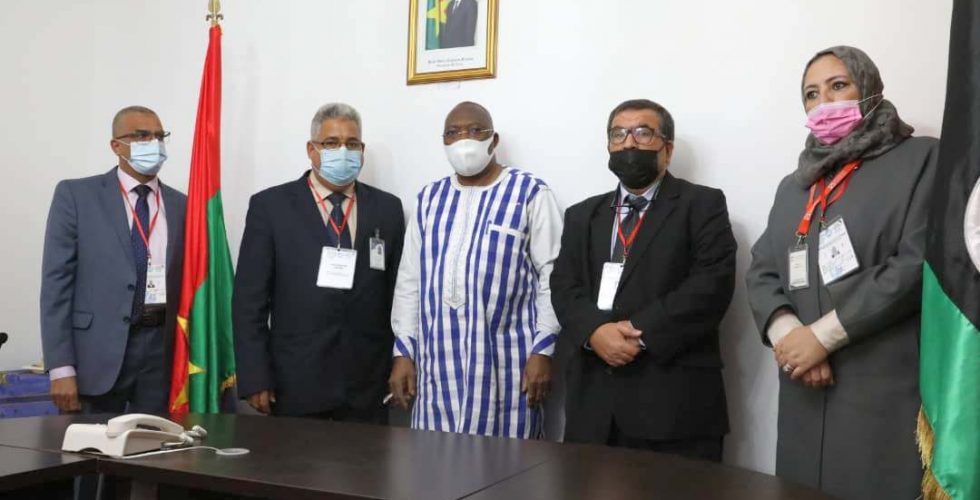 THE COMMISSION FOLLOWS UP THE BURKINABE PRESIDENTIAL ELECTIONS – LIBYA

The HNEC delegation accompanied the head of the Independent National Elections Commission office in Libya, Mr. Hamid Ibrahim, and the Ambassador of the Republic of Burkina Faso, Mr. Abraham Traore, to monitor the electoral procedures followed by the polling center in Libya. Voters from the community flocked to the ballot boxes, which are estimated according to the voter register at 372 voters.

The head of the subcommittee, Mr. Hamid Ibrahim praised the role of the HNEC in exchanging experiences and benefiting from its practices in implementing previous electoral events, and the level of preparations and technical handling of the upcoming elections that is anticipated to be held on December 24th, 2021.

For his part, the Ambassador of Burkina Faso acknowledged the results of his meeting with the Chairman of the Commission, Dr. Emad Al-Sayah, last week, which were translated by this follow up visit for the Burkinabe presidential elections, and the visit of its delegation to the polling center of the embassy.

Today, Sunday, the Republic of Burkina Faso is witnessing the start of its presidential and legislative elections, with 13 presidential candidates competing, and with the participation of 6 million voters, according to what the Independent National Elections Commission announced.