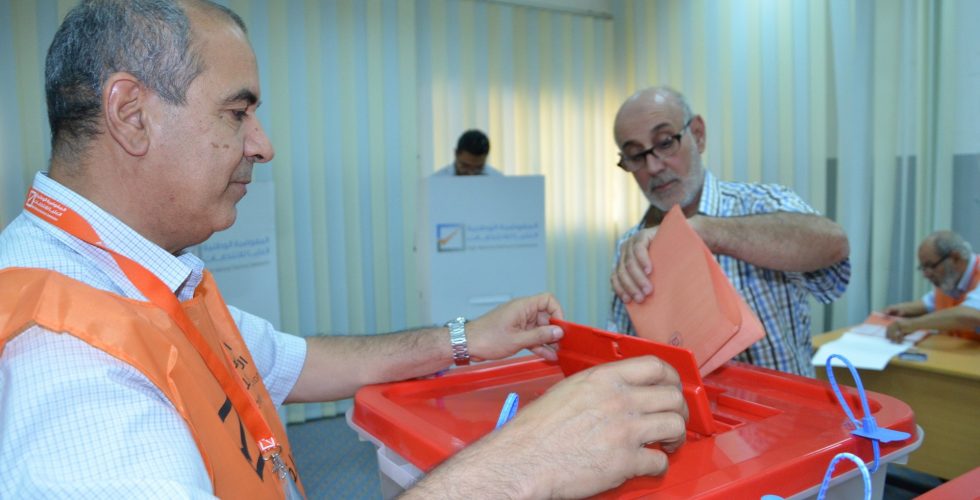 The High National Elections Commission .. A Remarkable Journey in the Management of Elections

Libya has taken its first steps in the democratic transformation, by electing the General National Congress in July 2012. On that day, eight years ago, hundreds of thousands of Libyans, registered as voters, headed for the ballot boxes to cast their votes and exercise their political rights, in an effort to build the foundations of the new state based on the rule of law and institutions.

The preparations for this historical event were conducted according to the articles of Law No. 4 of 2012, issued by the National Transitional Council. The law stipulated that the General National Congress is the temporary elected legislative authority for the Libyan State in the transitional phase and consists of two hundred members elected in accordance with the provisions of the Law, and that the High National Elections Commission is the body responsible for organizing, managing and supervising the electoral process.

The Law included a parallel electoral system that incorporated the majority system and the proportional representation system for the election of members, where one hundred and twenty members were elected on the basis of the majority by the first winner system for individual constituencies and the single, non-transferrable vote system of constituencies with more than one seat, while the other eighty members were elected on the basis of the proportional representation system in closed electoral lists, provided by political entities in which the names of male and female candidates alternate, in the allocated electoral constituencies.

The Commission established (1513) electoral centers to register voters in 13 electoral constituencies, divided according to the criteria of population and geographical area. Citizens flocked for registration in-person and collection of election cards. The number of registered voters reached (2,865,937), of whom (1,571,580) were males and (1,294,357) were females.

(3708) candidates, of whom (3080) were males, and (628) females, ran for candidacy to the General National Congress. Electoral campaigns and registration of election observers were launched after that, and the Commission made the arrangements for the polling process in accordance with the Law and regulations.

Upon the completion of the counting and sorting processes and the end of the appeals phase, the Commission announced the final lists of the winners of the GNC seats and it was adopted on (August 1st, 2012). The international observers confirmed the integrity and transparency of this electoral process and commended the level of maturity with which the Libyans dealt with the ballot boxes despite the gap of more than five decades since the last Libyan legislative elections.

Although the election of the GNC was the first democratic step that was organized and supervised by the High National Elections Commission, it was not and will not be the last, considering the awareness of the Libyan people aspiring for stability and the peaceful devolution of power; hence, the second electoral event came on February 20th, 2014, in the elections of the Constitution Drafting Assembly, which was the first elected constitutional Body in the history of Libya, which was modelled after the Committee of Sixty that was formed during the year 1951 to write the constitution of Libya at that time.

Libya witnessed the third electoral event by electing the House of Representatives for the transitional period in June 25th, 2014, which further increased the electoral momentum by adding another symbolic event that emphasized the growing maturity with which the Libyans had dealt with ballot boxes, outlining the best solution for the political dilemma.

Day after day, the Commission redoubles its efforts, preparations and potentials, and works on the capacity building of its cadres in order to provide the best conditions for any upcoming elections. To this end, the Commission conducted an update of the voter register during the year 2018, where the participation of more than two million voters came as a firm message of the depth of people’s awareness and their aspirations for a democratic, developed and stable state.

Today, as we mark the eighth anniversary of this important historical event, the Commission extends its best congratulations to all Libyans, who have contributed to the establishment of this democratic edifice, praying to Allah to guide our journey in all upcoming events, to save our country, and lead it towards prosperity and progress.