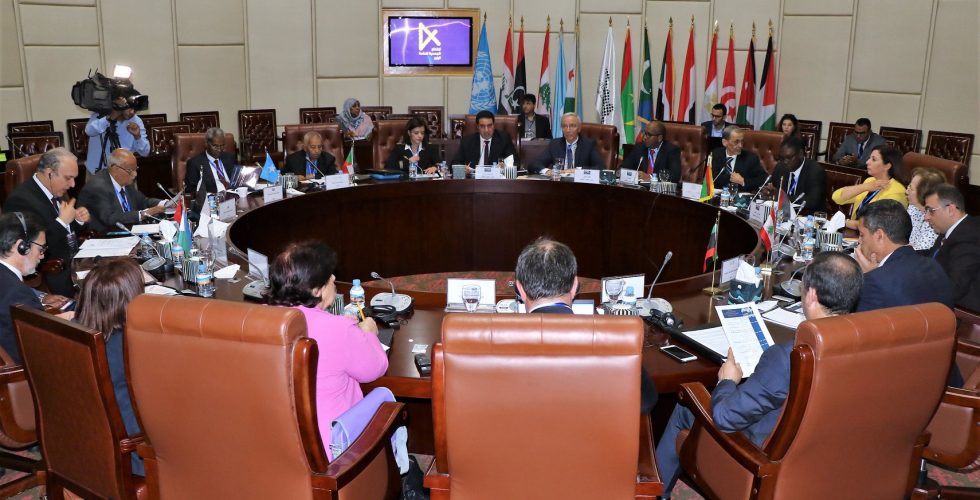 HNEC participates in the fourth General Assembly meeting of the Arab EMBs, in Nouakchott

In March 4th, 2020, in the Mauritanian capital, Nouakchott , the High National Elections Commission participated in the fourth meeting of the General Assembly of the Arab Organization for Electoral Management Bodies “Arab EMBs”. HNEC delegation was chaired by HNEC Chairman, Dr. Emad Al-Sayah, and included HNEC Board Member and the Member of the Executive Board of Arab EMBs, Mr. Abdulhakim Belker, HNEC Board Member, Mrs. Rabab Halab; in addition to the Director of HNEC Awareness and Communication Department, Mr. Mustapha Al-Ferjani, and the representative of HNEC Electoral Office of Benghazi, Mr. Mahmoud Al-Kadiki.

With the attendance of nine Member States of the General Assembly; (Tunisia, The Sudan, Somalia, Palestine, Lebanon, Libya, Mauritania, Yemen, and Djibouti) in addition to a non-member representative from Egypt, with the absence of the Member States of (Jordan, Iraq and Comoros), the fourth meeting of the General Assembly has issued many decisions including the agreement to choose (Mr. Mohamed Val Wild Bilal), the Chairman of the Independent National Elections Commission of Mauritania, as the President of the General Assembly during its fifth session, to be held in June this year, in the State of Somalia; in addition to accepting the request submitted by the EMB In Djibouti to join the Organization of the Arab EMBs.

During its regular meeting, in cooperation with the Independent National Elections Commission of Mauritania and with the support from the Regional Electoral Assistance Project / United Nations Development Program (UNDP) and the Venice Commission of the European Council, the General Assembly reviewed the activities of the Organization of 2019 and approved its annual report and the Steering Board of the Arab Women Elections Network, in addition to approving the proposed action plan for 2020, which focuses on women and youth, in order to enhance their participation in electoral processes.

After the meeting, a regional conference will be convened for 2 days, Thursday and Friday, 5th and 6th of March, to highlight the important role of the media in enhancing the integrity and credibility of electoral processes. This conference comes to encourage sharing experiences and to highlight the best practices among the EMBs in the Arab region; with broad participation of international experts in electoral processes from international institutions, media outlets and human rights institutions; in addition to the United Nations Educational, Scientific and Cultural Organization (UNESCO).

It is worth mentioning that the Arab EMBs was established by the initiative that was presented during a regional meeting in Jordan, years ago, and was officially announced in the Lebanese capital, Beirut, in 2015, headed by the HNEC Chairman Dr. Emad Al-Sayah, as the first professional organization in the region, that takes care of strengthening regional cooperation in elections management.