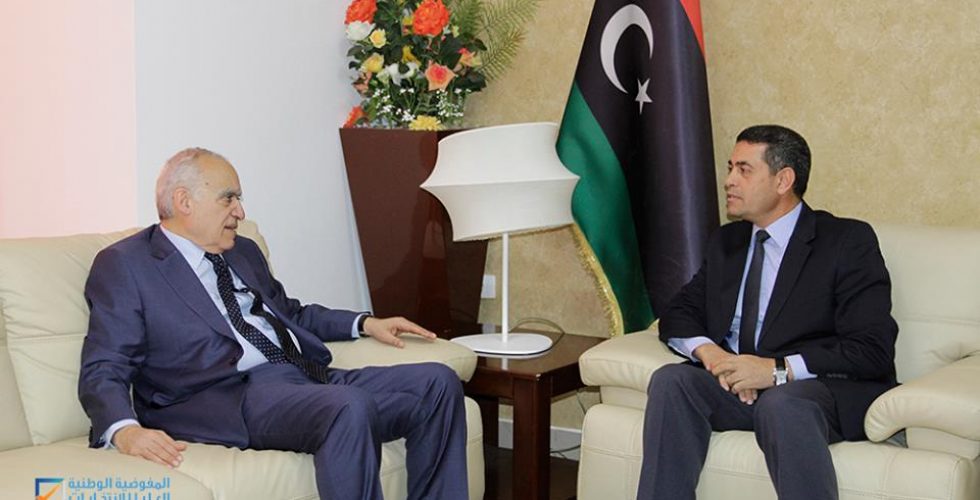 During the meeting, they discussed the readiness of the HNEC, and the preparations made to implement the elections during this year.

The discussion touched upon the specific technical details of the upcoming electoral events, presented to the political actors, in relation to UN plan to overcome the political crisis in Libya.

During the meeting, the HNEC chairman confirmed that the HNEC is solely responsible for determining the suitability of the electoral environment for implementing any elections demanded by the Libyan people, drawing on its experience in this regard, and utilizing a number of technical standards and indicators that enable the HNEC to determine whether the current electoral environment is suitable to implement successful elections, apart from any vague, supporting or denying political positions.

He also reaffirmed, on the other hand, that the HNEC is committed to the principle of neutrality, keeping the same distance with all political actors. However, this commitment does not mean that the HNEC will not support the will of the Libyan people, who have chosen democracy, and the peaceful devolution of power through free and fair elections, as a basis from which they start to exercise their political rights and build the new State of Libya.

The HNEC Chairman expressed his deep gratitude for the support provided to the HNEC by the international community through UNSMIL, which placed the commission at an advanced place among EMBs, regionally and internationally.